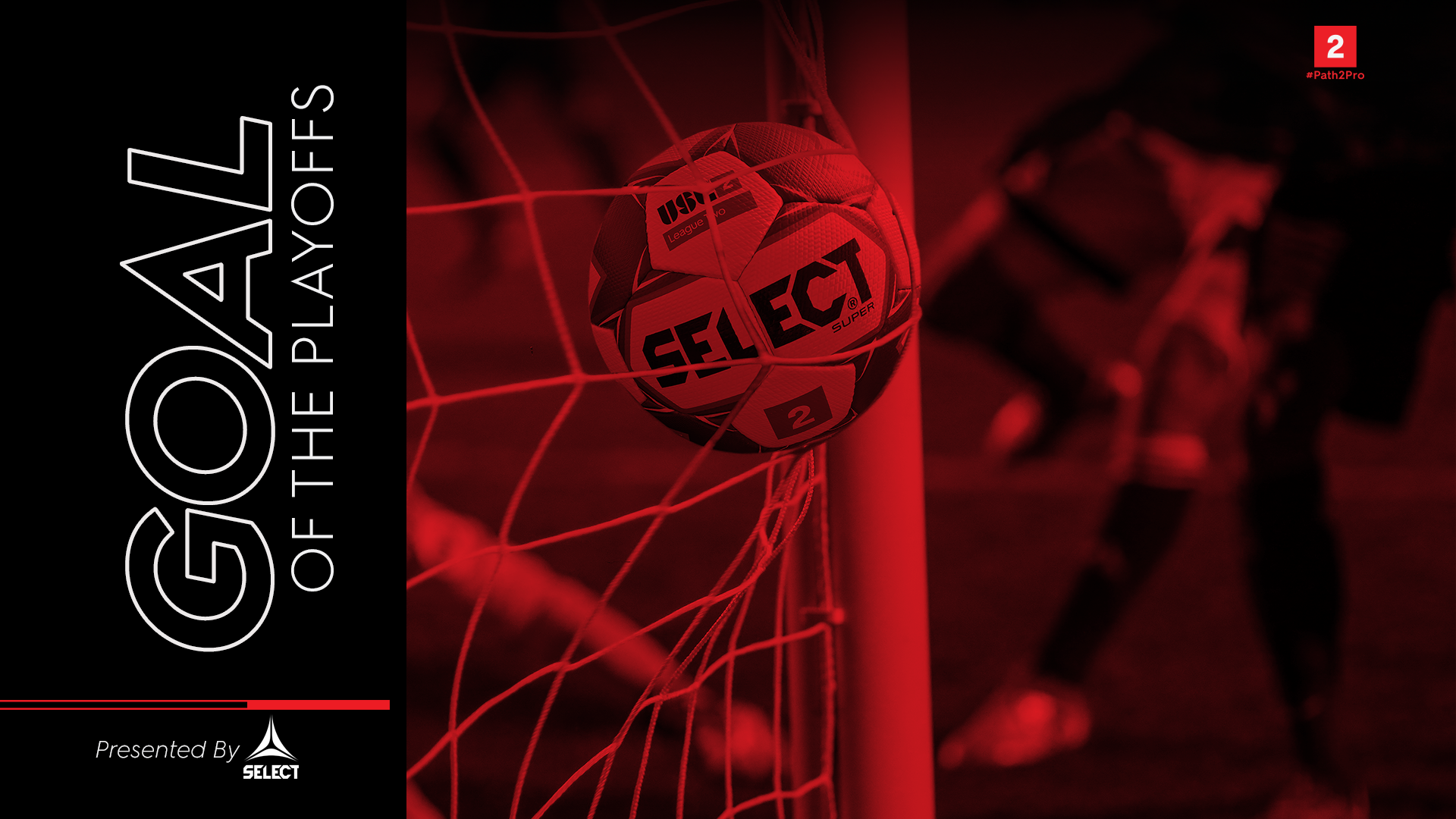 Flint City Bucks goalkeeper Gustavo Vasconcelos' late equalizer in the Central Conference semi-final has been selected as the Goal of the League Two Playoffs. Watch all four nominees for Goal of the Playoffs and see the voting results below.

With the Bucks trailing Des Moines Menace 3-2 in the 120th minute, goalkeeper Gustavo Vasconcelos pulled off a miracle. Subbed on as a forward, Vasconcelos received an incredible ball from Justin Ingram, and chipped the Menace keeper with the outside of his boot on his first touch to send the game to a penalty shootout.

Trejo’s strike early in the Western Conference final helped the Force to victory. He received the ball outside the box before unleashing a left-footed rocket that flew in off the underside of the crossbar.

Ortiz was given time and space about 30 yards from goal in the Southern Conference semi-final, and he made the most of it. His strike from distance left the SC United Bantams keeper with no chance.

A perfectly-timed run created the opportunity for this smooth finish from Vargas, who rushed onto a layoff from a teammate and calmly slotted the ball into the far corner for the Fusion’s first goal of the Western Conference semi-final against then-defending champions Calgary Foothills.