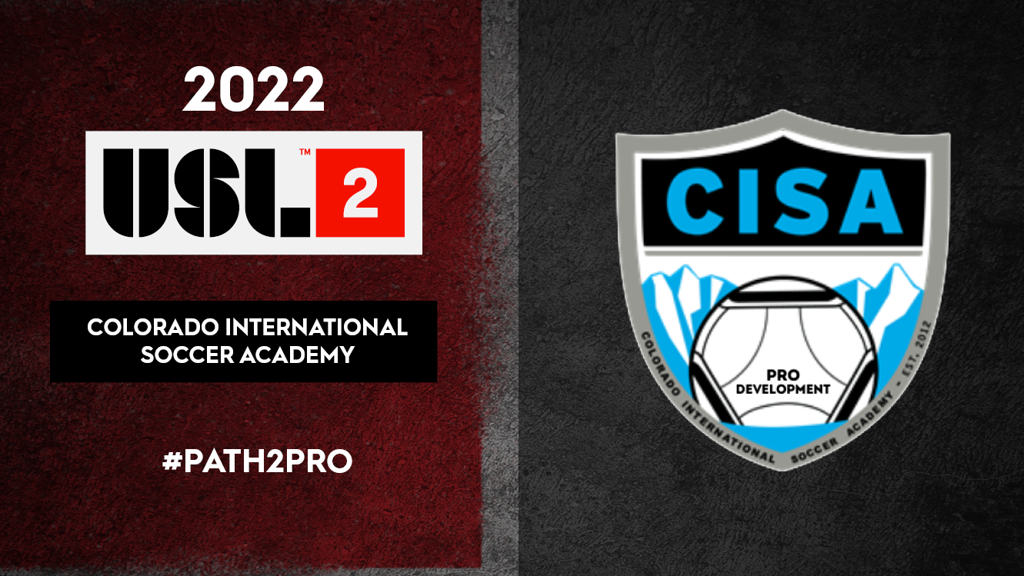 TAMPA, Fla. & AURORA, Colo. – Today, USL League Two announced the addition to the Colorado International Soccer Academy, or CISA, to the list of over 100 clubs participating in the 2022 season.

CISA has been a fixture in the Colorado youth soccer scene for a decade, established by Nelson Pinto in 2012. They’ve been serving the Aurora and Parker, Colo. communities since then, instilling positive values into local youth players through their many youth soccer teams.

“We’re honored to be a part of USL League Two,” Pinto said. “It’s a high-level league, and we can showcase local talent on a national level.”

The club prides itself on service to the community through sport. Their mission is to improve the health and physical development of young players throughout Colorado by making sports accessible and affordable for anyone with a passion for the game.

“CISA has been creating incredible opportunities for local players who might be typically overlooked, and we’re delighted that League Two can be a catalyst for this story,” USL Vice President of Youth and Pre-Professional Properties, Joel Nash, said. “It’s an honor not only to welcome a new club into our space, but especially one that’s been an important part of Colorado for a decade now. We’re eager to see the community rally behind them and join in the celebration on game days.”

CISA is one of more than 25 teams announced as expansion clubs for the 2022 League Two season. With over 110 clubs now set to compete, CISA will join the most robust pre-professional soccer league in North America.

There will be more information to come on the venue for CISA’s home games, and the staff that will lead them on the sidelines.