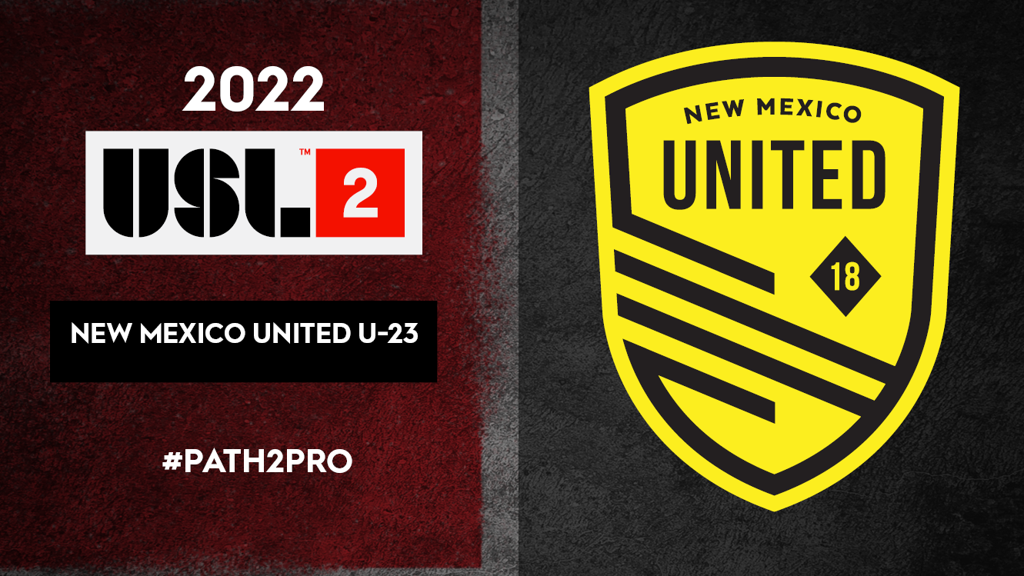 TAMPA, Fla. and ALBUQUERQUE, N.M. – On Wednesday, USL League Two announced the addition of New Mexico United U-23 as the latest member of the largest pre-professional soccer league in North America.

New Mexico United’s senior team has been a fixture in the USL Championship since their founding in 2018. The enthusiastic support they receive in the Albuquerque community is undeniable. Now, they’re using League Two as a space to give more people a chance to be professional soccer players and coaches.

"The addition of the New Mexico United U-23's is the next awesome step in our growth as a club and in creating opportunities right here at home," said New Mexico United President/Owner Peter Trevisani. "New Mexico 811 is the perfect partner to wear across our chests as we play our home games in cities and towns across New Mexico with a team largely made up of New Mexican players. We can't wait to get started!"

New Mexico U-23 join a rapidly growing list of professional soccer organizations using League Two to scout and develop potential players and coaches. This setup gives that organization a chance to evaluate and promote local college-age players that they may not otherwise sign, embracing the Path 2 Pro ideals of League Two.

“We’re absolutely delighted to welcome New Mexico U-23 to League Two,” said USL Vice President of Youth and Pre-Professional Properties, Joel Nash. “It shows the trust that professional organizations have in League Two to create an environment where pre-professional players and coaches can grow. We know they’re going to do great things.”

New Mexico U-23 will play in the Mountain Division, being the fifth team added to that division for the 2022 season. The full division alignment and schedule will be released in the coming days.