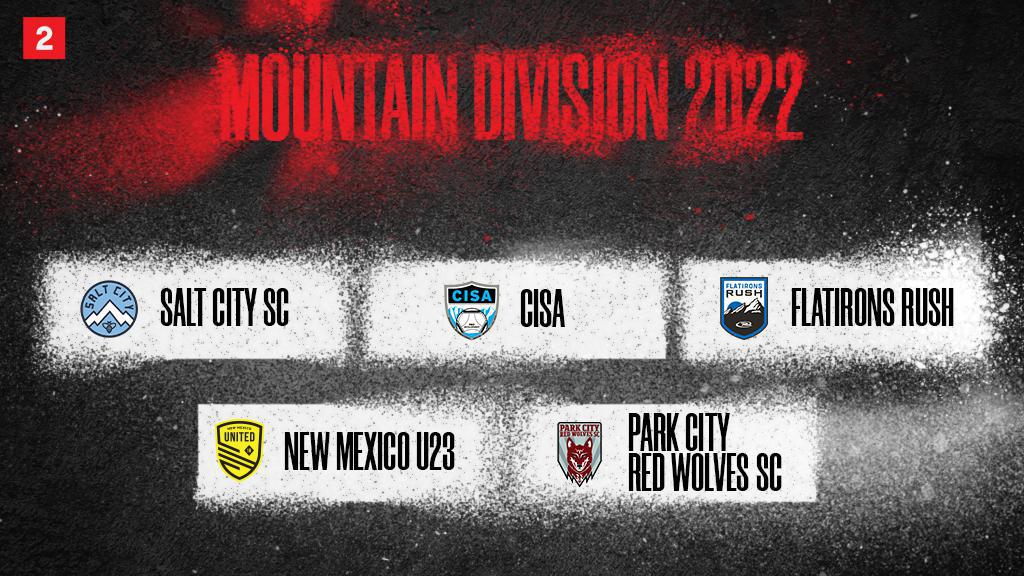 TAMPA, Fla. – The final piece of the USL League Two divisional picture was announced on Thursday, as the five-team Mountain Division alignment was unveiled. The division will be part of League Two’s Western Conference.

The division welcomes clubs of several different backgrounds and histories in the sport of soccer. From call-up squads for professional teams to youth soccer academies looking to take the next step, the Mountain Division pits the best squads around the Rocky Mountains against each other.

“We’re so excited to have five teams compete in the Mountain Division this year,” said USL Vice President of Youth and Pre-Professional Properties, Joel Nash. “It’s an area of the country that has a vibrant soccer community, and League Two is going to give those players and coaches an environment to succeed in.”

CISA, a youth development club based in Aurora, Colorado, is celebrating its first year in USL League Two. The academy joins USL in their 10th year of existence, after having a history of shaping young Colorado players into productive soccer players and better individuals.

Park City Red Wolves SC are another seasoned League Two club. They’ve compiled an 8-9-5 record since joining in 2019. The club advanced to the League Two Conference Finals last season, where they lost on penalties to Portland Timbers U-23. The Red Wolves are looking to go even farther this year.

Flatirons Rush is back for their second full season in League Two, after a promising 4-4-2 campaign last year. They’ll be looking to push for the lead in a deeper-than-ever Mountain division.